Heritage Christian School is located in Indianapolis, IN.

Check out this video to learn a little more about our kindergarten program at Heritage:

First, students learn how to make large circles and sticks in the air; they learn to trace and draw them on paper. The students are introduced to the correct printing position and how to properly hold a pencil. They are introduced to the alphabet letters, where they are positioned on the lines and how to correctly print the letters. They learn to correctly print their names, first and last, blends, short vowel words, color and number words, sight words, poems, Bible verses, and short stories

Students learn reading readiness skills such as top/bottom, over/under, left/right, tracking from left to right, rhymes, similarities, and differences — all of which will help with reading success. Students learn to identify vowels, consonants, and their sounds. They learn to blend beginning consonants with vowels and to add the ending sounds to make short vowel words. Students are grouped into reading groups and begin reading through a variety of book series which progress in difficulty. Students learn sight words and review them through reading materials that support repetition of high frequency words and sight words, in addition to phonics rules.

Kindergarten students listen to stories and talk about what God's message might be through that story. They learn about setting, character, plot, and story-telling patterns and then learn to identify them in stories that are read aloud. Students also learn about authors and their works, and learn the difference between picture and nonfiction books.

We begin with learning shapes, days of the week, months of the year, patterning, graphing, and the concrete and pictorial stages of numbers 1-100. Students sort, classify and count objects. They learn the symbolic stages of numbers 1-100. They learn about place value up to the hundreds place, adding and subtracting numbers through the seven families, estimating, measuring, and problem solving including mental math exercises and story problems. They also learn about telling time to the hour and half hour, and the value of the following coins: penny, nickel, dime and quarter. They learn before, between, after, bigger/smaller, and greater than/less than.

During our introduction to science, kindergarteners will explore such concepts as shapes and symbolic relationships, positional words and motion, alike and different, whole numbers as well as sorting and graphing, often with seasonal items such as apples and fall items. Farms and harvest as well as weather and graphs, changing seasons, and the five senses are also introduced. Kindergarteners will begin to classify living and non-living items, along with seasonally related concepts such as hibernation and winter animals including bears, penguins, and birds/bird feeders. Nutrition and food groups are introduced, and the basic organs of the human body are also explored.

We begin the school year with the basics of personal responsibility and good manners in various places at school such as the classroom, bathroom, hall, recess, and lunchroom. We learn about school rules, community, and community helpers. We learn the Pledge of Allegiance and some of the history and meaning of the American flag and symbols of our nation. Farms, Christopher Columbus, pilgrims, Native Americans, maps as well as the birth of Christ, Christmas, and gingerbread houses are all explored in the fall and early winter. The new year, winter fun, Valentine’s Day, Presidents' Day, emphasizing Abraham Lincoln, George Washington, and Ground Hog’s Day are all introduced with accompanying lessons and crafts.

Kindergarten students begin to identify and draw differences in lines and shapes, and identify colors as primary and secondary. They recognize the different art media and use them to begin to appreciate God’s gift of the visual arts. Students learn to communicate ideas that are personally important and talk about their own art and the art of others. They also learn to be good stewards by taking care of equipment and tools.

Kindergarten students have a variety of musical experiences focusing primarily on singing and moving. Students learn to match pitch with others, move with a steady beat, and recognize and perform basic rhythm patterns. They also grow in music appreciation by listening to and responding to selections of music in varied styles, and begin to understand how the Creator has given man the ability to make music to describe our world. Students also sing and play simple folk songs and games.

Kindergarten students learn how to sign into the school network and log off, as well as an introduction to computer terms and uses. They learn to open and close programs and use KidPix to learn about computer drawing tools. They begin to apply computer skills by learning to open, close, save, add text, and print a Google document.

Kindergarten students learn that God has specially created their bodies to move in many different ways. They learn basic locomotor and non-locomotor movement and balance skills, as well as how to move, secure, and strike an object. Students also learn to give their best effort and cooperate with others in games and class activities. These students also have the opportunity to take part in the annual Faye Morris Little 500 race. 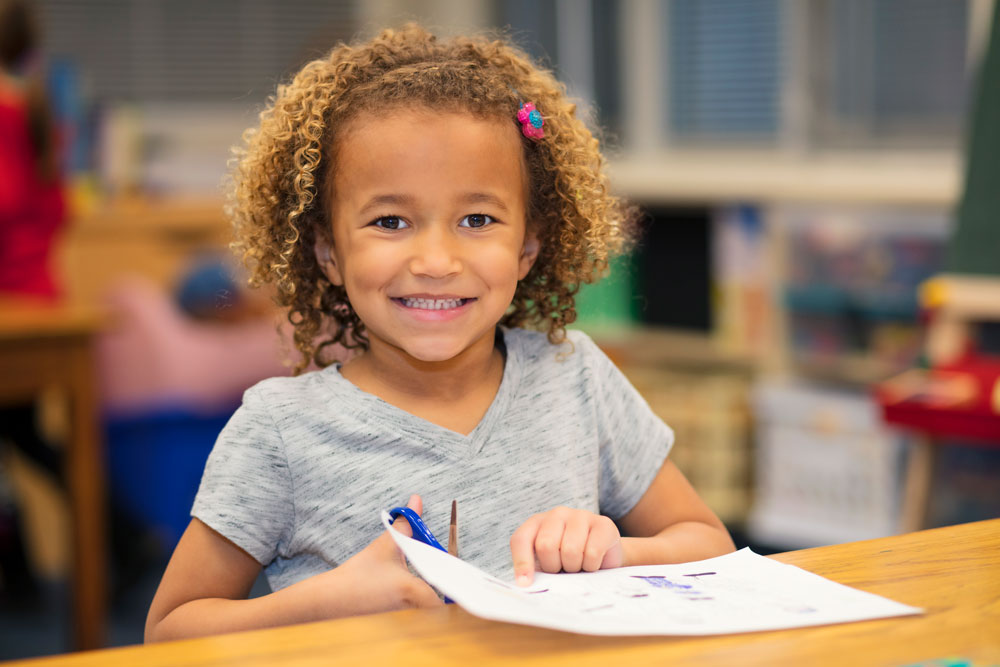 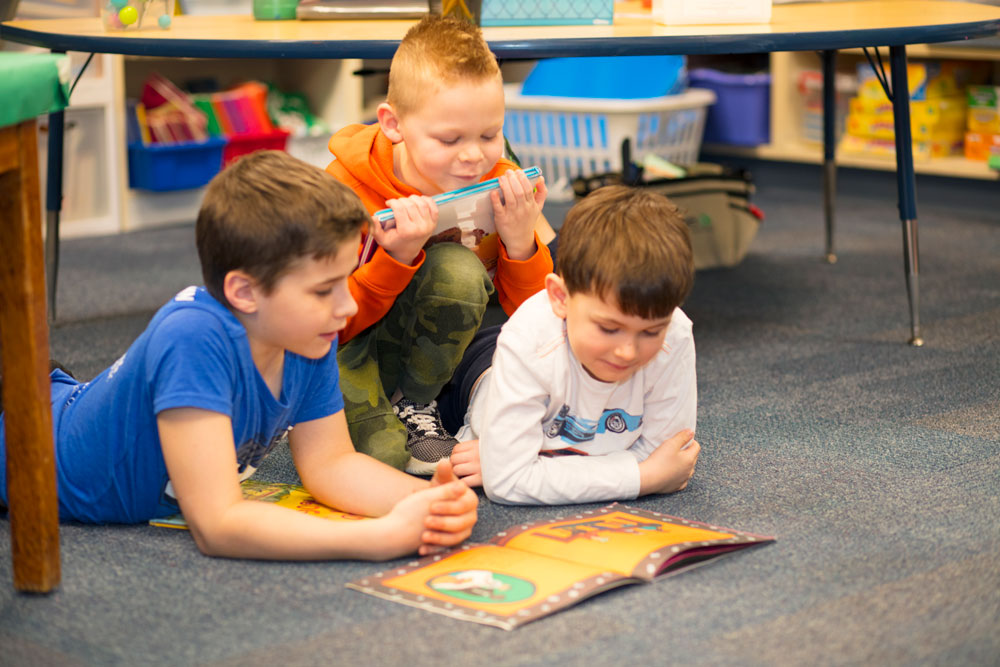