Angie Wilkins is a kindergarten aide and mother of 4 HCS alums. She has a bachelor’s degree in Deaf Education and a masters in Audiology, both from Ball State University. In her early career, Angie worked for several Ear, Nose, & Throat groups in Indy. She stayed home to raise her 4 daughters when they were young, then decided to take a job working in the school kitchen when her youngest started first grade at Heritage. She continued to work in the kitchen for 11 years. 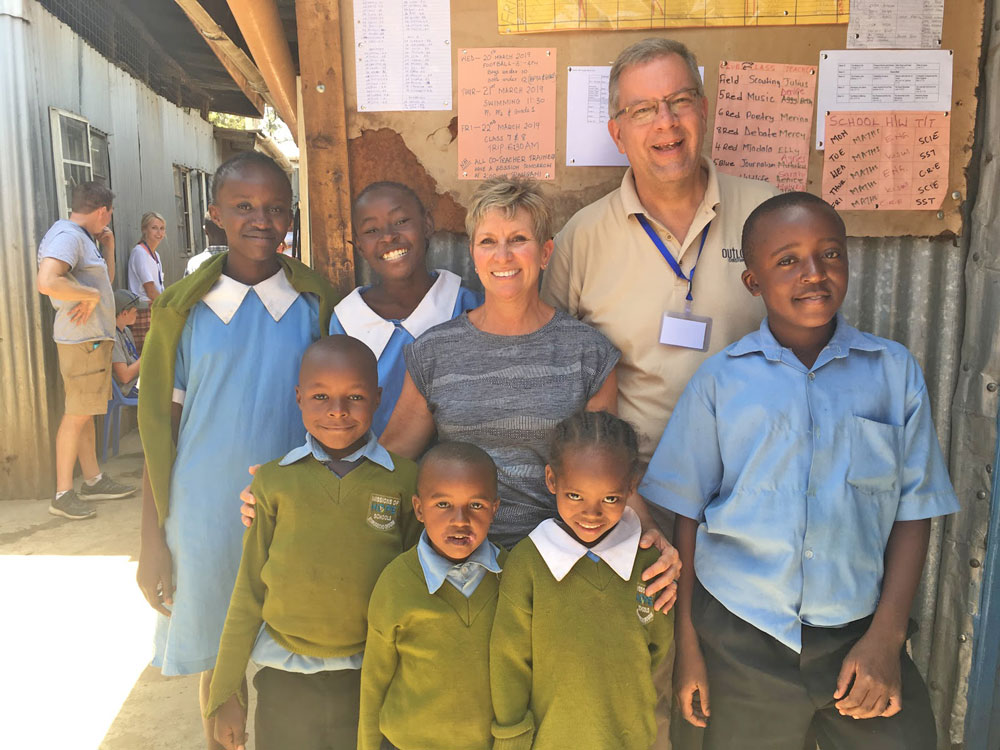 Three years ago, Angie became a kindergarten aide and she loves working with the children and the team of teachers.

“There’s hardly a day that I don’t come home without a smile after being around the kindergartners,” she said. “They love you so unconditionally!”

Angie and her family have felt so blessed to be a part of the Heritage community.

For the last 5 years, Angie has been going to Kenya twice a year with their church to lead VBS at the Mathare Valley Slum. Her family sponsors 3 children there and she loves being able to know and love on those children whenever she visits.

“It is a real joy to see how God is working in me and in that community,” she said.

She’s pictured above with her husband Mike and some of the Kenyan children.