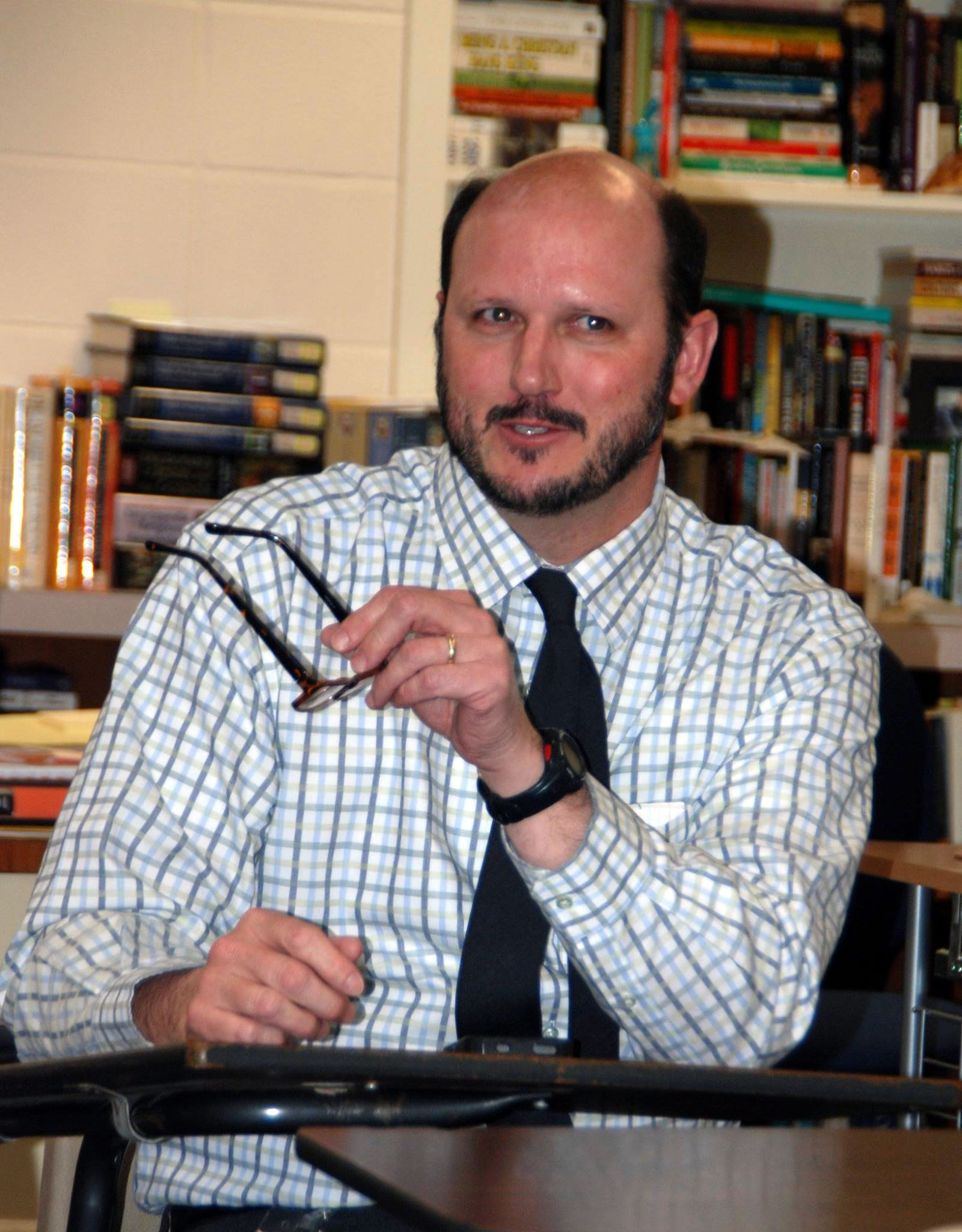 "As believers, it is important that our minds be engaged in our walk with the Lord, just as much as our hearts," says Carter Booker, Heritage Bible teacher and Bible Department Head.

To that end, Booker challenges his students to think critically and deeply about what it means to follow Christ. His senior Bible classes examine prevalent world views that stand in stark opposition to the Gospel: Naturalism, New Age, Pragmatism, Positivism, Pluralism and Consumerism.

The study is much more than an intellectual exercise. Rather, it's one of preparedness. Most of his students will graduate in the spring and go on to further education and vocations. Their faith and theology likely will be put to the test. "They need to know that the message of the Gospel is just as important as any other belief out there," explains Booker, "and that they can offer something better and more truthful. Even as young adults, God will use them in those circumstances."

They need to know that the message of the Gospel is just as important as any other belief out there and that they can offer something better and more truthful.

It's the last class period on a Monday afternoon and Booker's high school seniors cluster their desks in random order. He joins them, seated. Today's lesson is an intro to Existentialist philosophy. Booker has chosen a creative entre to the subject; a Woody Allen film that exemplifies this secular world view. Together, they dissect the story's themes and characters, pulling out philosophical tenets. They wrestle with theological incongruities. Booker leads the conversation, asks big questions and ties it all back to the truth of the Gospel.

Throughout the year, he also introduces students to the writings of C.S. Lewis, R.C. Sproul and William Lane Craig, whose works expound a solid Christian worldview. The authors are role models, of sorts, because they communicate what it means to follow Christ in an antagonistic culture. Booker hopes that his students will finish the year equipped to do the same. "The goal is to help them develop skills so that they can articulate the Gospel in ways that are meaningful and compelling," he says.

Booker teaches with a personal passion for learning and the conviction that his students, too, can learn the most challenging content, for one interesting reason. "God is the source of knowledge," he concludes. "The fact that He exists makes learning possible."

His classes are known for their rigor and level of difficulty. A passing grade on the well known "Booker Bible tests" is a coveted accomplishment. Graduates consider his course a rite of passage. If you ask alumni, they acknowledge the demands of their senior Bible class. But just as often, they express fond gratitude for the training that became valuable and relevant once they entered life beyond high school.