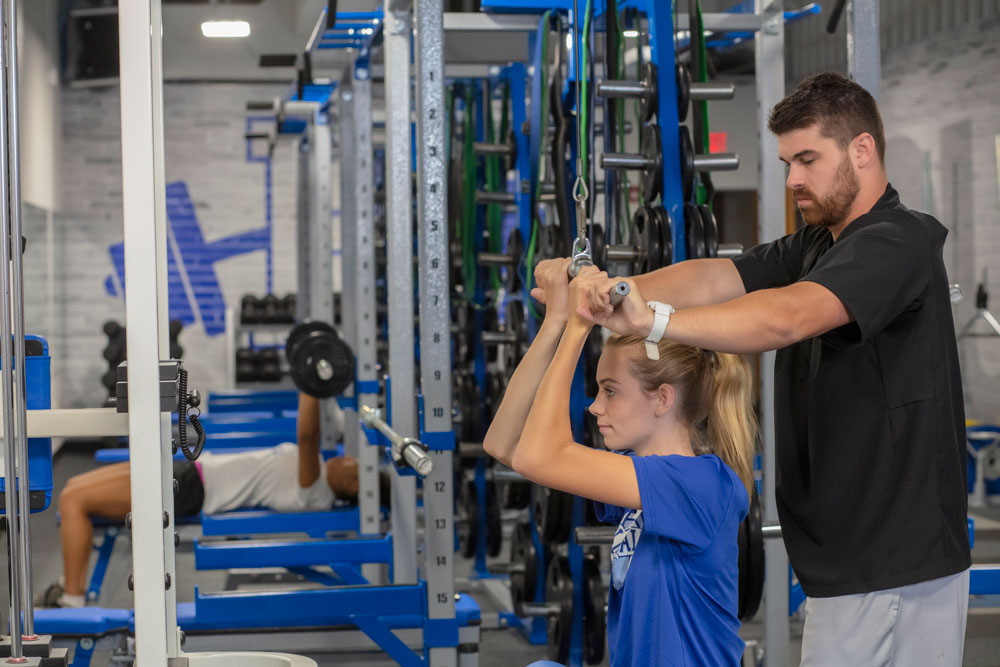 “I have been wanting to coach football for the past 3 years,” said Jordan. “Now going into my 4th year, I am extremely happy to be an assistant coach.”

Jordan grew up in the Indy area and attended Plainfield High School. He studied Human Movement and Exercise Science and played football at Butler University, hoping to eventually work in athletics and with kids. Upon graduation, Jordan was hired by St. Vincent and placed on contract with Heritage. He works with both middle school and high school students.

“My favorite part is seeing the growth each day, seeing each student set a goal and work towards reaching that goal,” he said. “It is very rewarding to me watching them excel on the field, court, or turf.”

Jordan loves to cook with his girlfriend Taylor and often visits his brother in Chicago. He attends ITOWN church, and is an avid Indianapolis Colts and Indiana Pacers fan!