Many people in the Heritage community, especially parents, play important roles in order to help better the students' education. For Tom Flynn, the Men's Discipleship Leader, helping out the students as a parent turned into helping the students as a mentor and role model, as seen by becoming a Heritage faculty member. 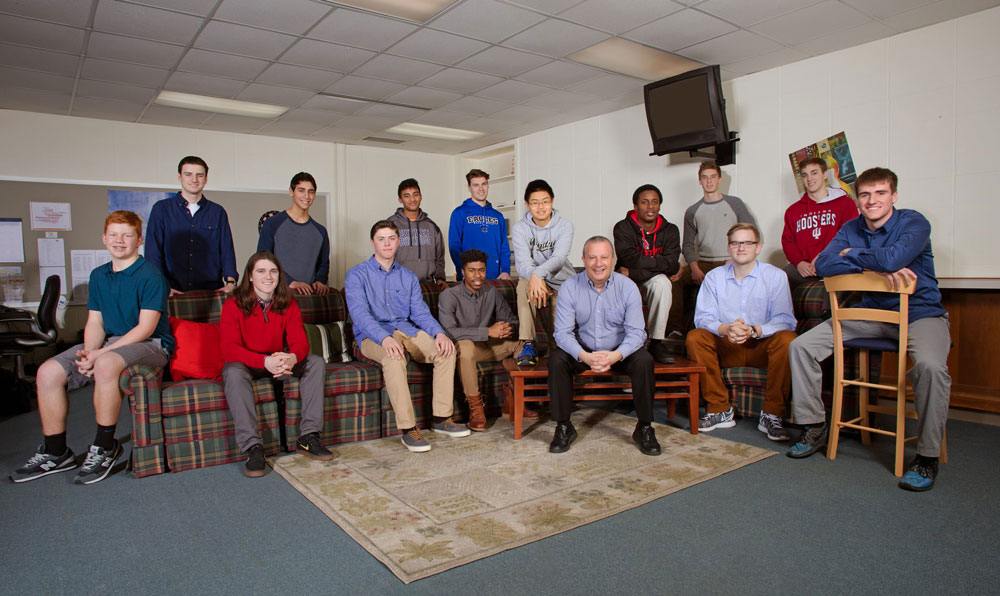 After high school, he attended Purdue University and majored in Mathematics, immediately going into business right after school. While owning a commercial construction company, he decided to send his kids to Heritage and he became very involved in the Heritage community, taking on multiple positions, including becoming a member on numerous boards within the Heritage community to better the life of the students, as well as founding both the boys' and girls' lacrosse programs.

Even though he does not interact with students in a typical classroom setting, he is able to help students grow stronger in the faith as they are preparing for the challenges of their lives after high school, including their education. "Over the last 20 years, I have seen the impact that faculty and staff have on the students as they come-alongside incredible families," he says, "the servant's hearts these men and women model in their unique ministries is inspiring. It is truly a place in which students can be encouraged and challenged about their faith in Christ."

Some students may not be very excited for summer to be over, but the faculty at Heritage, including Flynn, value the impact the teachers have made on students, even after they have already graduated. Tom Flynn says that "[even] after 20 years, I have been blessed to witness students returning after years post-graduation and coming to the realization of how truly special HCS has been to their lives." Heritage has truly strived to encourage and support students as they grow in the faith, Tom Flynn being one of many who loves to connect with the students.