Jeff Freeman has been connected and committed to Heritage Christian School for over 20 years; not only as a parent of three HCS graduates and husband of the elementary assistant principal, Kim, but also as a coach, Booster Club member and committee chair. 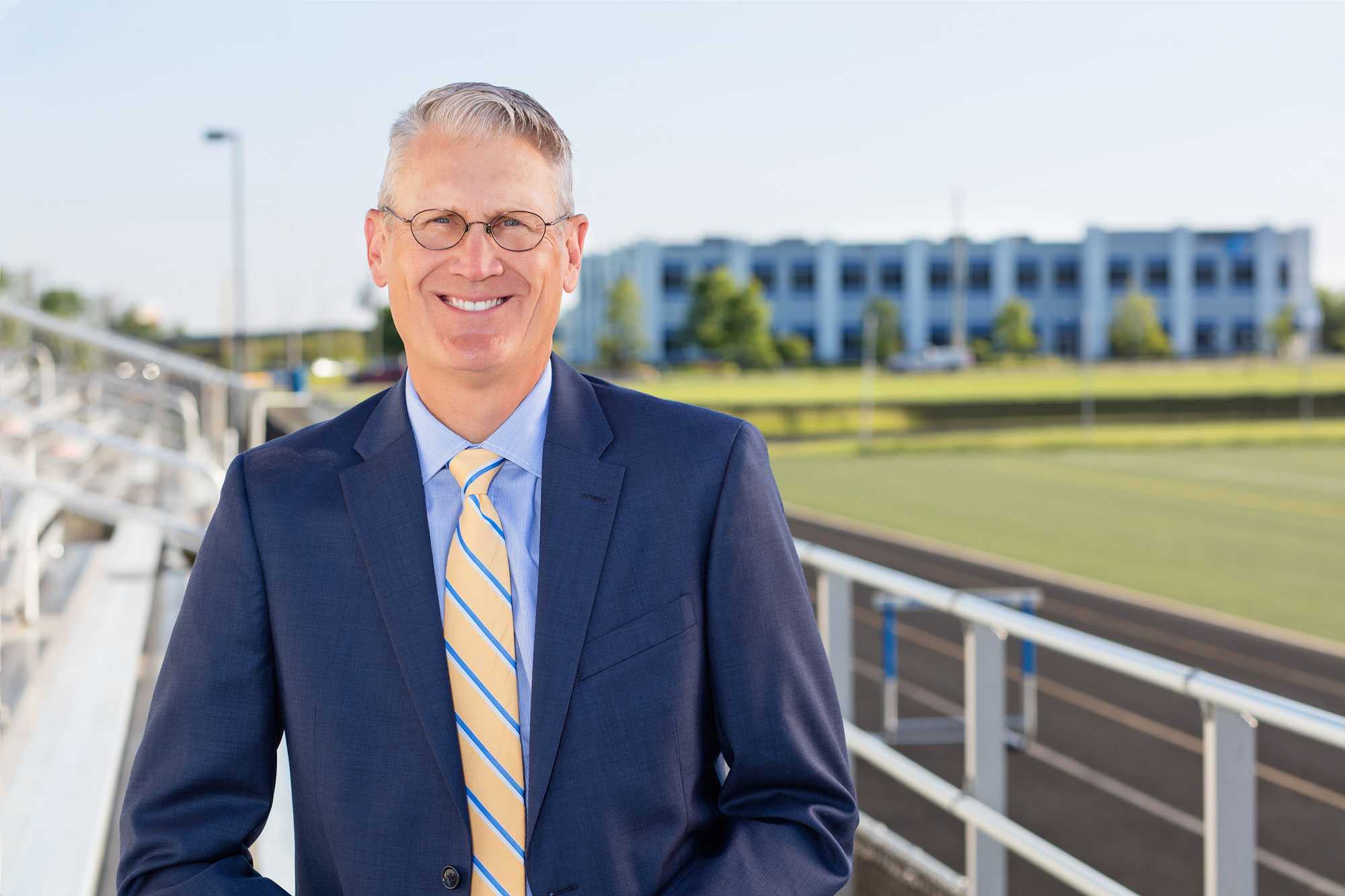 In 2010, the Lord called Jeff to a second career in ministry at HCS as Athletic Director and member of the Leadership Team. Jeff is a CPA by background and training. Prior to his call to ministry, he served in a number of management roles, most recently as an executive with Indiana Farm Bureau Insurance (IFBI).

Jeff’s extensive executive leadership experience gives him the ability to develop a vision, chart a course and deliver results. An effective communicator and motivator, he has a strong financial, strategic planning and management skill set. He knows and connects with the history and culture of HCS and has the ability to see things through the eyes of an HCS parent. These attributes, along with his gift of leadership, passion for HCS and personal relationship with Jesus Christ, serve him well in his responsibilities as CEO of Heritage Christian School.

Jeff and Kim are so thankful for the impact that HCS has had on their family. All three of their married children know the Lord and have spouses who know and serve Him. Heritage Christian has played a major supporting role in preparing their family to fulfill God’s purpose for their lives…and for that, they are eternally grateful.

The mission of Heritage Christian School is to glorify God through the discipleship of students and the pursuit of excellence in education with the Bible as the foundation and Jesus Christ as our focus.
Charter of Core Values

Our vision is to provide an outstanding spiritual and educational environment where, working with Christian families and churches, students will be thoroughly prepared to fulfill God’s purpose for their lives.

The Board of Directors operates under the school's Articles of Incorporation, Bylaws, and Charter of Core Values. In fulfilling its responsibilities, the Board works in cooperation with the head of the school in providing oversight, direction, and accountability for the larger mission-driven issues facing the school. View our current Independent Auditors' Report.

Check out the most recent edition of the Messenger Magazine to read the latest news about Heritage.