Kyle Ray: Perseverance & Excellence In All Areas Of Life

Heritage’s Kyle Ray turned to teaching from a major in Public Relations and Journalism after a mission’s trip working at a camp for underprivileged children. “I learned how much of an impact I could have on kids by simply being there, investing time with them, and loving on them,” Ray says. This passion has allowed his influence to spread beyond his own classroom and across the Heritage community. 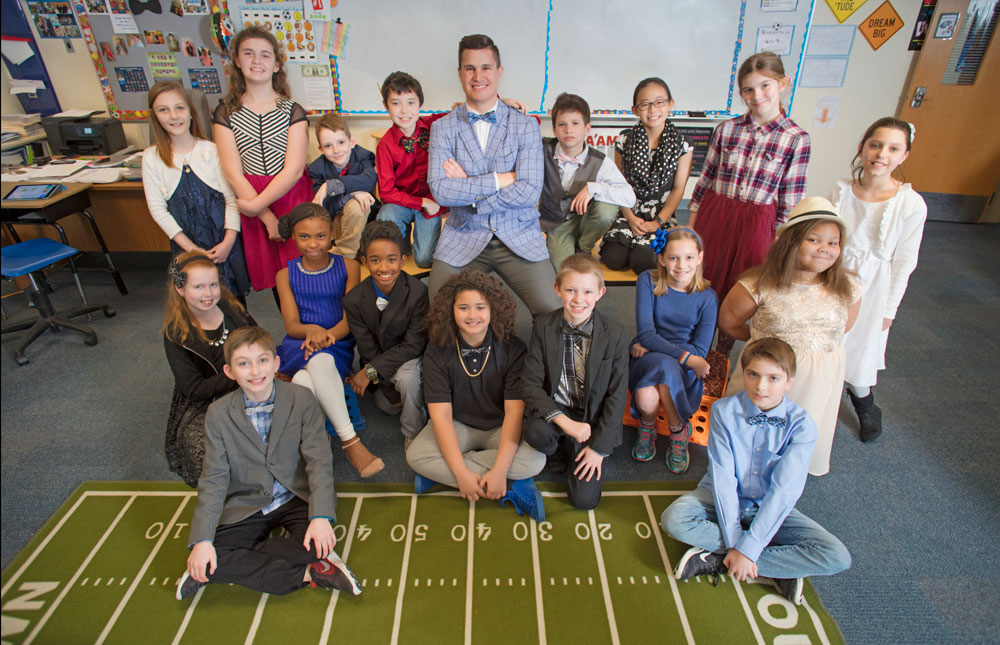 Ray’s fourth grade classroom is infused with his philosophy to make school fun. “The ability to disciple students and integrate God into everything we do is something that really excites me,” says Ray.

The ability to disciple students and integrate God into everything we do is something that really excites me.

Ray is known for his Bowtie Wednesdays. The idea came to Ray when, as a student teacher, he would wear bowties to class each day and his students loved it. At Heritage, Ray encourages his students to wear bowties or bows every Wednesday which he commemorates with a class photo. For Ray, this was a way to build a sense of community and foster self-esteem. Bowtie Wednesdays have now spread to all of the fourth grade classrooms.

“It gives kids a sense of confidence,” Ray said. “They know they look good.” 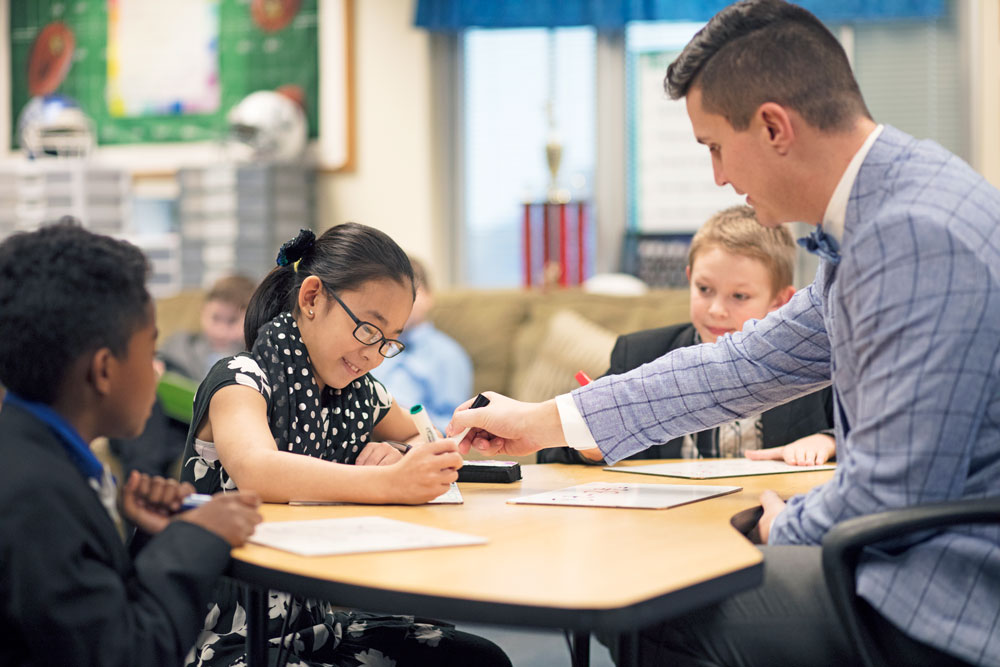 Through his father, Ray grew up loving football. Ray played quarterback and in his senior year with Franklin College was a first team All-American, and player of the year. This was achieved though Ray nearly quit in his junior year after his father passed away from cancer. Football taught him the value of perseverance and personal excellence, and these are lessons he hopes to impart to his students and his players.

Ray has been the Varsity Head Coach for the Eagles football program since 2016. “At Heritage, our kids are pushed academically,” Ray shared on the Smiley Morning Show. “We have kids who want to be doctors one day.” Ray’s intentional focus on discipleship and excellence encourages his players to understand the importance of good character and integrity. 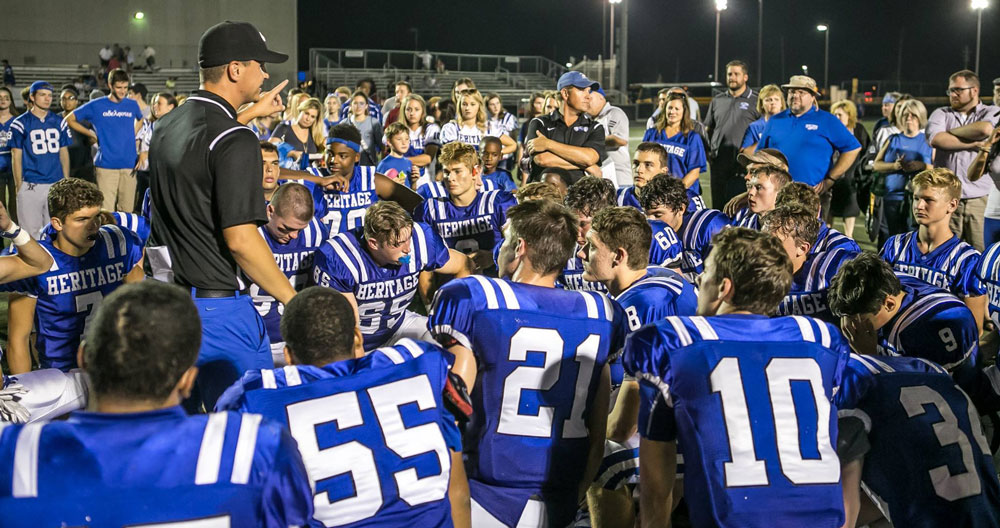 This past season, Ray’s theme of “prove” emphasized for the team their ability to play against and with anybody, to always play hard, and reinforces that they belong. He tells his players that eagles (the school mascot) are the only birds who fly higher in a storm. He likens this to having the highest possible standards for excellence on the field, in the classroom, at home, and in the community.

Ray’s hope as an educator is that all students would know the value of setting high standards for themselves and to measure their self-worth against more than what’s on a scoreboard or report card. His desire is that every student would know they have the ability to succeed.

Ray is husband to Claire (‘09), and father to Ella and Kase.