Connecting STEM with the Arts

The arts have a way of bringing people together, and the Heritage Christian Theater department is no exception. Every theater production involves over a third of the high school for performing, creating sets, managing the stage, and playing music. In the last couple of years, the theater department has attracted a new group of high schoolers: robotics and engineering students.

In the fall of 2017, theater director Spencer Elliott selected The Phantom Tollbooth for his debut Heritage production. Elliott attended a robotics team practice and asked the students about helping him design a tollbooth. Two students ran with the idea and made it their own, programming boxes that changed color and lit up at different times as the characters walked on and around them. 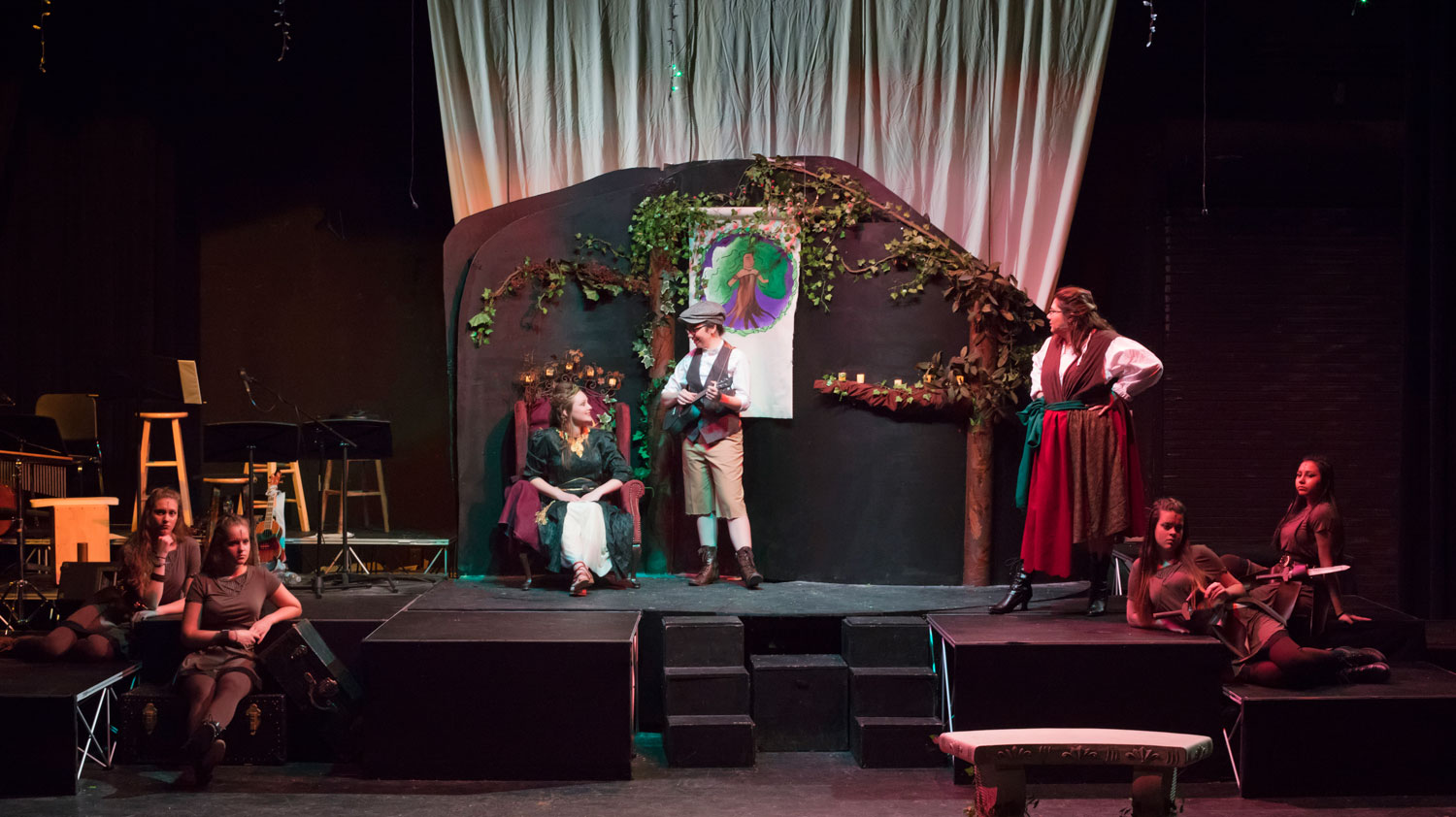 Elliott has since connected with engineering teacher, middle school Project Lead the Way teacher, and middle school robotics coordinator Kathy Meyers to continue collaborations between theater and engineering. Engineering and robotics students have been involved in set design for every production since Phantom Tollbooth – and some have even auditioned and performed in the productions!

“Involving students with a variety of interests brings more creative diversity to our productions, which in turn makes the department and our shows better,” said Elliott.

For Twelfth Night, students built a circular stage that rotated between scenes; for Music Man, they built rotating buildings on wheels; for Thoroughly Modern Millie, they created light-up signs and built a large, multi-level set; and for Twelve Angry Jurors, they built a round stage theater with layered seating for an audience. 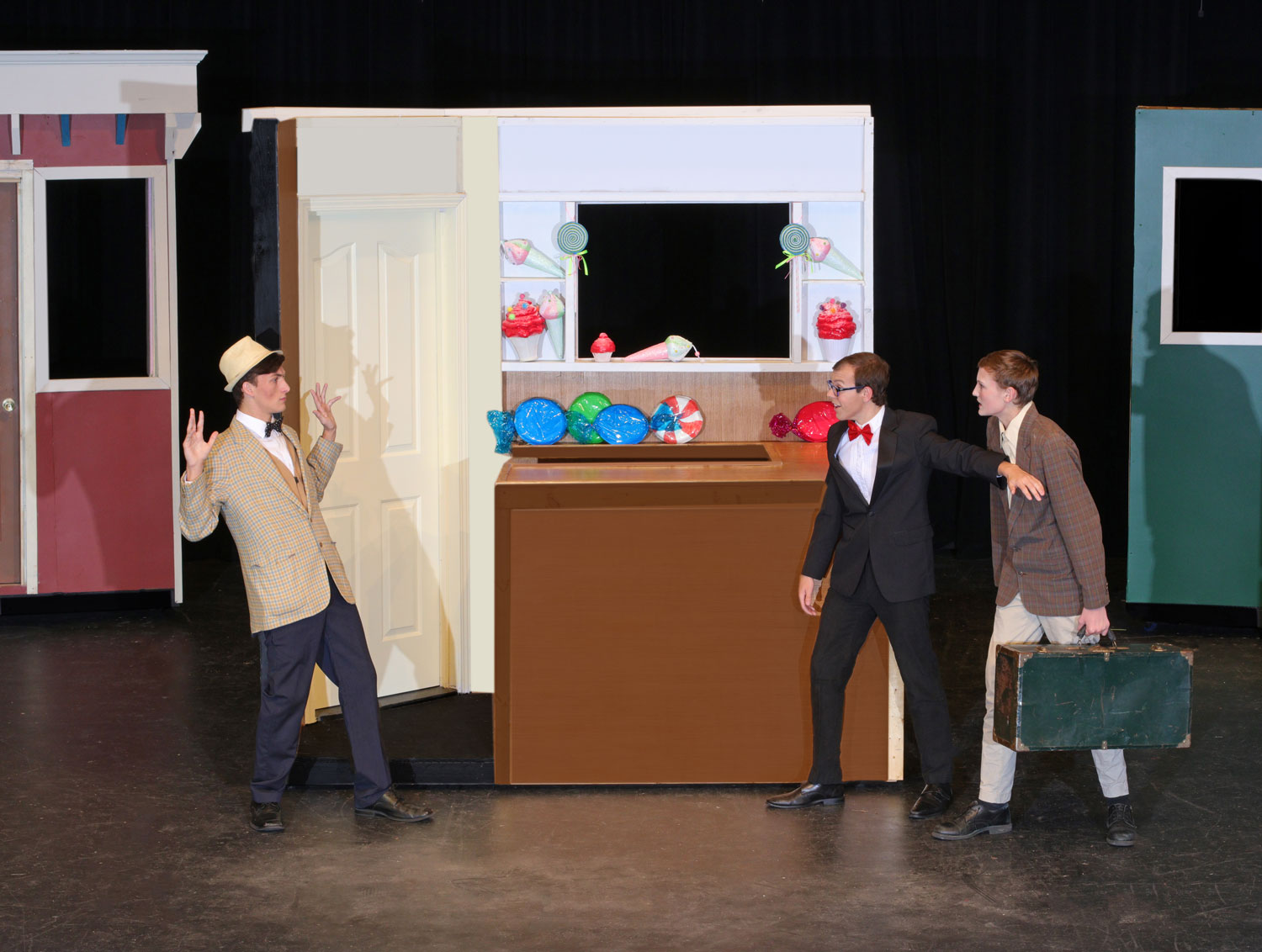 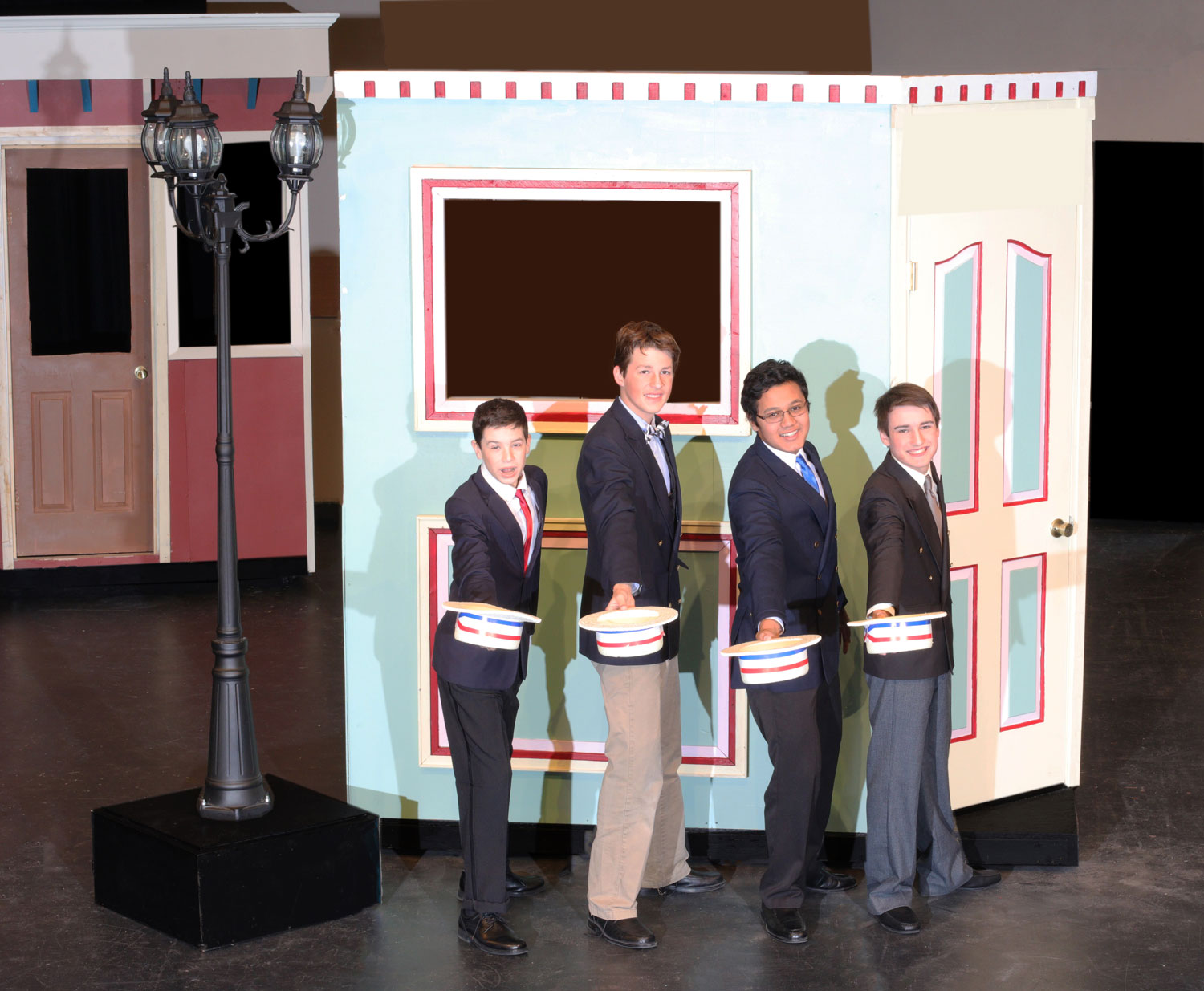 “I love the fact that these students can take the lessons we’re learning in the engineering classes and apply them to real world situations with the theater builds,” said Kathy Meyers.

Justice Kandel is an honors engineering student who has worked on five HCS theater sets. Because of his work on the set, he has discovered a love for theater and performing.

“For Thoroughly Modern Millie, I participated in both the acting and engineering side, working on a phenomenal set with a group of experienced seniors,” he said. “That then initiated me to act in Twelve Angry Jurors.”

"I love the fact that these students can take the lessons we’re learning in the engineering classes and apply them to real world situations with the theater builds."

Through the set builds, Justice has confirmed his interest in pursuing a career in engineering, as he loves solving practical problems using math and design.

Justice led the set building team for the Fall 2019 production of Fiddler on the Roof. The team’s main projects were Tevye’s house, which opened and closed like a book for different scenes and included a roof sturdy enough to support a fiddler; a barn facade; a well with running water; and a rear platform.

“Theater plays a critical role in many of our students' development while at HCS,” said Elliott. “They learn important life skills such as collaboration, creative problem solving, empathy for others, and time management while in our program. Our department helps students become one step closer to being ready for life after high school and creates lasting positive relationships and memories for those involved.”

Students built a roof to support a fiddler for the 2019 production of Fiddler on the Roof.